The “Decreto Bilancio 2021” (Law 178/2020), has extended the possibility of taking advantage of the 5 year extension of the tax regime for “impatriated” workers available to individuals who transferred their residence to Italy before 30 April 2019 and who, as at 31 December 2019, were already benefiting from the favourable regime.

The expatriate workers (employees or the self-employed) regime initially introduced as part of an anti-brain-drain drive designed to encourage Italians (and former residents of Italy) to return to live and work and work in Italy, was, over the years, subsequently extended to almost anyone wanting to move to Italy to take up employment or self-employment.

In its latest version the regime consists of a 5-year, 70% exemption in calculating taxable income. The exempt amount is 90% for individuals taking up residence in defined Regions of the South of Italy.  The April 2019 changes to the regime, saw the possibility of extending the regime for a further five years (after the initial 5-year period) for individuals who purchase Italian real estate or who have dependent children.  However, the April 2019 legislation only granted the possibility of the five-year extension for those who became tax resident in Italy for FY 2020 and later periods. These new rules now give the possibility of a 5-year extension to those arriving before April 2019.

Cost of the extension

Individuals who qualify can choose to extend the favourable regime, for five more tax periods, after the end of the standard five year period. The option is not free – taxpayers must pay:

The procedures for exercising the option remain to be defined by specific resolution of the Tax Agency. This will likely also provide further clarification as to the extent of the exemption during the 5-year period (presumably 50%).

For individuals moving to Italy before 30 April 2019, and already accessing the regime, no increase has been allowed in the tax-exempt portion of income. For people arriving up to April 2019, income was a subject to a 50% reduction, rather than the 70%/90% allowed for people transferring after that date.

If your require any information of would be interested in knowing whether these somewhat intricate rules apply to you, please contact us. 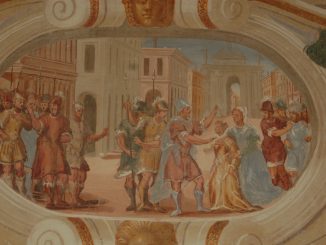 Tax Efficiency and Financial Planning as a Brit in Italy

Toward a New Italian Tax Regime for the Taxation of Cryptocurrencies
From 1 January 2023, if new rules in the draft Finance Law for 2023 are enacted, gains on the...
“Impatriates” – 70%/90% Tax break to attract “human capital” to Italy
Contents Details of the regimeThe Italian Government has in place a special tax regime...
Italian tax aspects of renting Italian real estate – for landlords
This guide briefly sets out the main Italian income tax issues arising on the purchase or use of,...
Hiring an Employee – the Permanent Establishment risk
A non-Italian business considering employing an individual in Italy needs to consider whether the...
TFR – the Trattamento di Fine Rapporto or Employee Leaving Indemnity
What is the TFR? Employment agreements in Italy are generally governed by the terms and conditions...
Italy (nearly) enacts new Digital Nomad Work Visa
Subject to Implementing Legislation! A further decree of the relevant Ministries (Interior, Labour,...
Table of Interest Rates – Income Tax
The rates of interest on overdue tax is a matter of some complexity. The Italian Parliament has,...
Occasional Services
Advance Communication of Occasional Hires The Labour-Fiscal Decree no. 146 2021, linked to the...
Petrol/Gas coupons
Decree Law no. 21/2022 (the "Ukraine" Decree) provides, for FY 2022, for the possibility of giving...
Tax Step Up of Shares/Land and Buildings – Revaluation
Law Decree no. 17 of March 1, 2022, containing urgent measures for the containment of electricity...

© 2003-2022 Taxing.it ¦ Avv. Colin Jamieson ¦ All rights asserted and reserved ¦ No unauthorised reproduction in any form ¦ Use of website subject to our Terms of Use