From 1 January 2023, if new rules in the draft Finance Law for 2023 are enacted, gains on the disposal of crypto currencies will be liable to a 14% substitute tax. Article 30 of the draft Budget Law 2023 inserts a new category of miscellaneous […]

Contents Details of the regime The Italian Government has in place a special tax regime designed to encourage the movement of “human capital” to Italy (lavoratori impatriati”). The current regime provides that 70% of qualifying income from employment carried out in Italy is exempt from […] 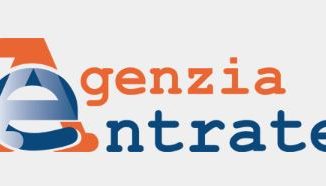 5 Year Extension after initial 5 year period The “Decreto Bilancio 2021” (Law 178/2020), has extended the possibility of taking advantage of the 5 year extension of the tax regime for “impatriated” workers available to individuals who transferred their residence to Italy before 30 April […]

Subject to Implementing Legislation! A further decree of the relevant Ministries (Interior, Labour, Foreign Affairs and Tourism) is  awaited (and has been delayed presumably by Parliamentary elections on 26 September) We will post further once we have further news. Italy has introduced new rules to […]

At a meeting of the Italian Council of Ministers of 16 March 2020 (press release no. 37/2020), the Prime Minister, the Minister of Labour and Social Policies (Nunzia Catalfo), and the Minister of Economy and Finance (Roberto Gualtieri) set out the principle measures contained in […]

This is a (very) simplified table of the registration taxes due on certain documents.  The tax office will apply the tax according to the substance of the effect that the document has, not the form.

The Italian tax regime applicable to residential real estate can seem confusing.  Real estate has always been an attractive source of income for governments around Europe,  and Italy is no exception.  As real estate is difficult to move about, it presents an easy target for […]

Withholding Tax For Online Portals New regulations, clarification on the existing regime and a new tax withholding obligation for short-term lets, and especially for rental contracts through real estate agencies and online portals (Airbnb and the like) were introduced in 2017 aimed at stemming the […]

Toward a New Regime for the Taxation of Cryptocurrencies
From 1 January 2023, if new rules in the draft Finance Law for 2023 are enacted, gains on the...
“Impatriates” – 70%/90% Tax break to attract “human capital” to Italy
Contents Details of the regimeThe Italian Government has in place a special tax regime...
Italian tax aspects of renting Italian real estate – for landlords
This guide briefly sets out the main Italian income tax issues arising on the purchase or use of,...
Hiring an Employee – the Permanent Establishment risk
A non-Italian business considering employing an individual in Italy needs to consider whether the...
TFR – the Trattamento di Fine Rapporto or Employee Leaving Indemnity
What is the TFR? Employment agreements in Italy are generally governed by the terms and conditions...
Italy (nearly) enacts new Digital Nomad Work Visa
Subject to Implementing Legislation! A further decree of the relevant Ministries (Interior, Labour,...
Table of Interest Rates – Income Tax
The rates of interest on overdue tax is a matter of some complexity. The Italian Parliament has,...
Occasional Services
Advance Communication of Occasional Hires The Labour-Fiscal Decree no. 146 2021, linked to the...
Petrol/Gas coupons
Decree Law no. 21/2022 (the "Ukraine" Decree) provides, for FY 2022, for the possibility of giving...
Tax Step Up of Shares/Land and Buildings – Revaluation
Law Decree no. 17 of March 1, 2022, containing urgent measures for the containment of electricity...

© 2003-2022 Taxing.it ¦ Avv. Colin Jamieson ¦ All rights asserted and reserved ¦ No unauthorised reproduction in any form ¦ Use of website subject to our Terms of Use